How to Cache Mongoose in NodeJS 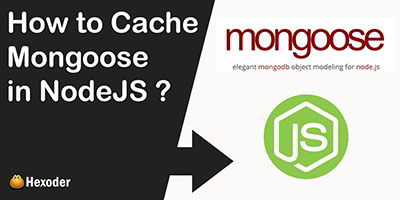 Hello guys, today I want to write an article about How to cache mongoose in NodeJS. Why? Because using cache will give you much benefit and actualy saving your cost bandwidth. So, in this article we will learn how to create a cache for mongoose using in memory, redis or filebased.

Just use this library >> recachegoose.

How mongoose Cache Work with Hydrate

Unfortunately, the official mongoose documentations doesn’t explain much about this, so I will make this easy to understand with two examples below.

That’s very easy right?
But don’t use above code in your application, we have better way with using recachegoose.

recachegoose is a library for mongoose cache in memory, redis or filebased.

After you know how to create a cache mechanism to mongoose, of course you can create your own library by yourself. But just don’t reinvent the wheels. Doing mongoose cache with recachegoose is very easy, clean and save your time. recachegoose already support multiple cache mechanism, you are able to use in memory, redis or filebased cache. But I don’t recommend to use filebased cache because I know it fast but it doesn’t scalable.

In this forked version of cachegoose, I’ve modified many things:

I will welcome for any PR and fast response to solve any issues for this project because I also used this library for my important project.

If you having problem or still not understanding how to create a cache to mongoose, just feel free to leave a comment below.

Thank you for reading my article.